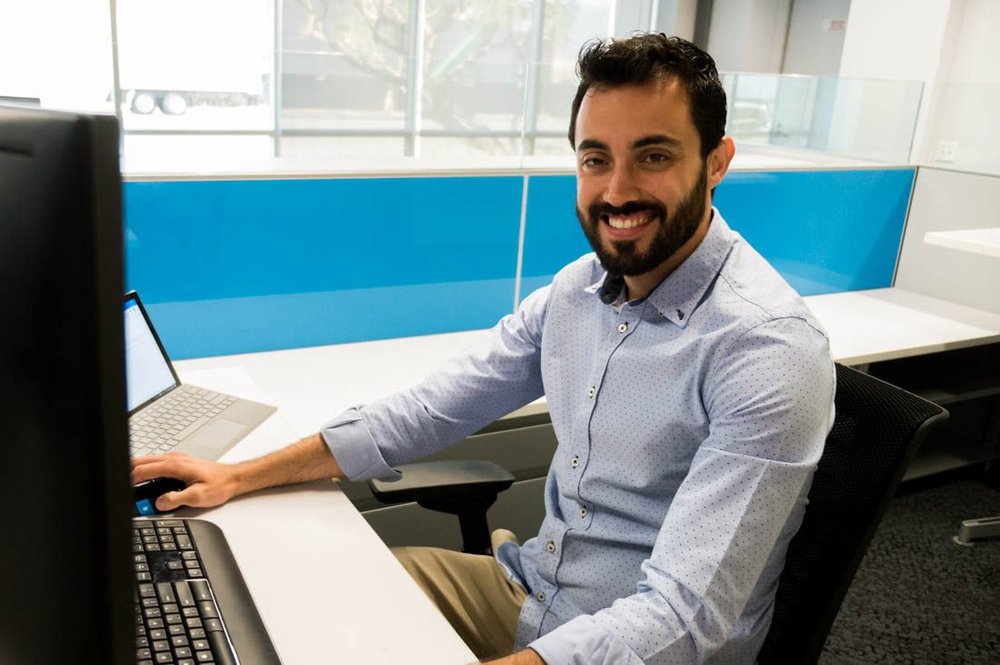 Please join us in welcoming Cabello Costa back to Tangram! Cabello will be re-joining the team as an Account Executive for Flooring. Cabello was originally hired by Tangram in 2011 and after four years returned to his hometown of San Paulo, Brazil where he worked as a Global Account Manager with Haworth’s main dealer for the last couple of years. He aspires to share “cheese bread” with everyone and holds a variety of accomplishments and experiences, including riding motorcycles and spending time living in a primitive African village. Welcome back to the Family, Cabello, we’re happy to have you!

2. Where is your hometown?

3. What type of company did you work at previously and what was your role there?

4. What is something you recently crossed off your bucket list?

Learned how to ride a motorcycle.

5. How would you describe your favorite food to someone who’s never had it before?

Imagine if a talented baker mixed the best cheese in a soft piece of bread. The result would be a “cheese bread” which goes great with a cup of coffee.

6. If you could have lunch with someone famous (dead or alive) who would it be and why?

I would have lunch with Albert Einstein because I am fascinated with the universe and how he was able to understand the main laws of space without access to modern tools.

7. What are you most looking forward to in your new role at Tangram?

Making a lot of money so I can buy “cheese bread” for all my American friends.

8. What is the bravest thing you’ve ever done?

Volunteered for 3 months in an African country and lived in a primitive village.

9. How many donuts are you capable of eating in one sitting?

I can eat 3 donuts without feeling guilty.

10. What did you miss most about Tangram?

I missed the jokes and loud laughs from the people in the flooring department.